Ah yes if we could all learn to be a positive force in this world we could be so much happier.

Everyone deserves someone in their life to tell them “Yes you can”. Even better if everyone could have many, many people telling them that they can and should reach for the stars. But one voice alone can make all the difference in providing the self-confidence someone needs that is otherwise missing. The self-confidence we need to sees ourselves through the challenges that we may face in life. The ‘Yes you can’ ingredient.

For all of those children, students, would-be athletes, and employees who have dreams of what might be, only to have them dashed by a parent, teacher, coach or boss – or sibling or neighbourhood bully – who unthinkingly or otherwise knocks their abilities, having someone who encourages their dreams is life changing. Remember that words of encouragement cost nothing … and may give the world its next astrophysicist or Supreme Court justice. And that astrophysicist or Supreme Court…

A number of years ago, I wrote an article about the famous “Golden Mean” of Greek philosophy.  The mean was basically a rule that said the best way of living is to balance extremes.  Another way of looking at what this rule implies is that evil or bad things happen when we over do something.  We need to take all things in moderation.  Thus, drugs, smoking, guns, watching TV etc., are not evil or bad in themselves but when we take them to extremes they became dangerous and counterproductive.

Life is an ongoing struggle to find our proper balance.  However, it may never be a question of equal balance because the proper balance can never be static.  There are many dimensions or polarities in life where it is not really a matter of moderation or balance but more a matter of dynamically imposing a temporary order between two extremes. …

Bob Ezrin Contributed to The Globe and Mail Published 6 hours ago Wildfire smoke fills the air in Gates, Ore., on Sept. 16, 2020. Kristina Barker/The New York Times News Service Bob Ezrin is a guest lecturer at Trent University, a board member of the Canadian Journalism Foundation, an inductee of Canada’s Walk of Fame [...]

In recent days, I have taken on a new role.  Quite by accident really, but nonetheless I have joined the special task force unit known (only to me) as the Mask Police. 😷

Allow me to explain.

In case you have been living under a rock for the past 7 or 8 months, you might not be aware that across the globe, we have been grappling with a little thing called a pandemic, namely Covid 19.

While the rest of us muster on facing the challenges to varying degrees of living with Covid hanging, quite literally in the air, there are countless experts working tirelessly trying to figure out the best way in which we can come out of this pandemic with the least amount of casualties.

Of course there are also groups of people who feel this is all just a hoax, claiming some sort of conspiracy… 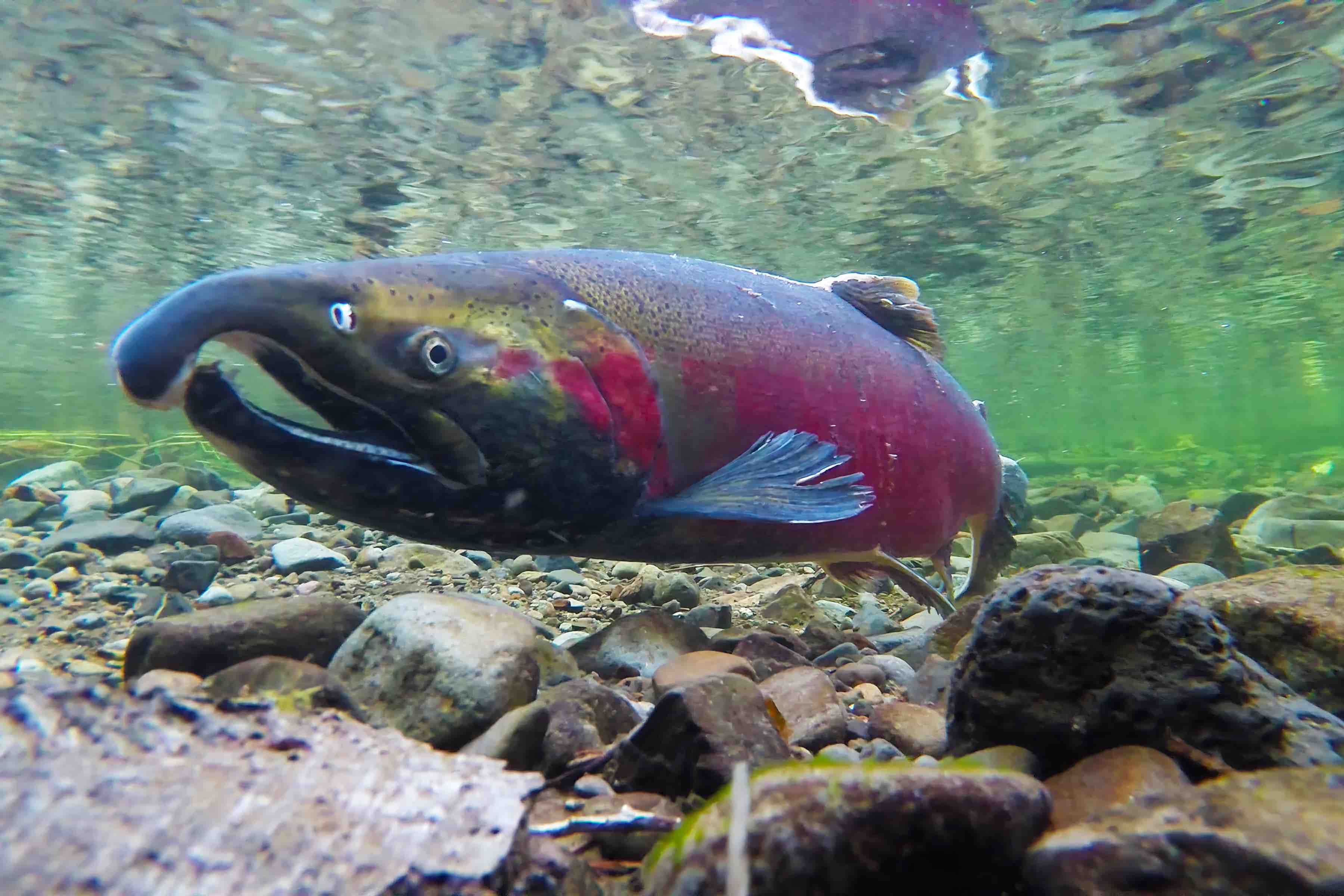 A Coho salmon returning from the ocean to reproduce in his natal stream. CREDIT: Bureau of Land Management After so much taking, it’s time to give. By Rena Priest Every year my tribe, the Lummi Nation located in the Pacific Northwest corner of Washington State, hosts a First Salmon Ceremony to honor the return of [...]

I hope our civilization will survive but I think it will do so in some convoluted ways unfamiliar to us currently. The rise of instant media has already fundamentally changed society and will continue to do so I think.

I watched ‘The Social Dilemma’ a few days ago, the Netflix semi-dramatised documentary exposing the business model behind social media, and what it’s doing to world society.

I wasn’t surprised; the social outcomes have been clear for a while. The ‘confirmation bubbles’ to which social media reduces people are a function of the way in which it’s been geared to make money. But the documentary didn’t go far enough. There’s also the nature of social media as a tool for interaction. It’s a limited and distorting caricature of the ways people interact in person, but it’s being used as a substitute for the real thing.

How limited? The documentary looked at the way photo filters are distorting self-image – highlighting the way it’s damaging children, particularly; and at the way ‘likes’ have become a mechanism for validating…

Kindness seems to be in short supply these days in many parts of the world. We need all we can get, now more than ever in such stressful, uncertain times. Hopefully these kindness quotes will resonate with you. Pick one or two of your favourites and help spread their spirit through your actions; the recipients will be forever grateful.

We may never know whose day (or life) we have changed by extending the hand of kindness, but rest assured it makes a positive difference. And we feel so much better ourselves when we treat others with kindness rather than responding with anger, rudeness, or indifference.

For most people in the northern hemisphere, Labour Day is the real mark of a new year. School begins, activities resume that have been in recess during the summer, and as summer starts to fade – and the glorious colours of fall make some initial overtures – we settle into a more scheduled pace of life, with great hopes for the new ‘year’ ahead. Well, of course, this year is a little different. Depending on where you live, kids may or may not be going back to the classroom. Favourite activities such as club meetings, recreational sports, and weekly card-playing may or may not be possible. I hope for your sake that some kind of return to normality is possible for you. Some vestige of normalcy at least … while you are staying safe.

We’re having a fair bit of luck that way in our neck of the woods. Earlier…

Excellent article mirroring my thoughts of Nature and it’s recuperative power without us!
Thanks Jane for a hard hitting, well written article.

It seems to be fashionable these days for people to pick and choose among scientific theories and advice, depending on whether they like the implications of that scientific advice. They may treat one scientific theory like the gospel and another theory like a hoax, to be ignored at all costs. It’s called the post-truth world: whatever we want to believe to be true is true and whatever is troublesome to be taken seriously is not true. How is this working out for you?!

As convenient as this is for personal and political decision making, presumably students are still taught and tested on established scientific principles. And while I can identify with not knowing the answer to every question on a science test, it never crossed my mind to just dismiss the question as wrong if I couldn’t get the answer. Maybe too difficult to understand without having done enough studying…

Ah here is the difficulty of History explained in an understandable way, for me at least.

In the spring of 1979, when I was thirteen years old, I fell in love with two men.

It was an impossible romance from the start. Not only were they both inaccessible to me, but they were each other’s sworn enemies, standing for starkly different values — one doomed to die at the other’s hand. I couldn’t have either of them, and I certainly couldn’t have both.

I blame the CBC — for my ill-fated love affairs, not to mention my lifelong fascination with history. In the spring of 1979 they aired the TV movie Riel, about Louis Riel, the Red River and Northwest Rebellions, and his subsequent execution. I was glued to the screen (ok, I was a weird teenager), passionately on the side of and in love with Riel, but also deeply fascinated…